Mitochondria are known as the powerhouses of the cell. They are organelles that act like a digestive system which takes in nutrients, breaks them down, and creates energy rich molecules for the cell. The biochemical processes of the cell are known as cellular respiration. Many of the reactions involved in cellular respiration happen in the mitochondria. Mitochondria are the working organelles that keep the cell full of energy. (1)

Now there is scientific data that has demonstrated that tetrahydrocannabinol (THC) and cannabidiol (CBD), the two main cannabinoids of the cannabis plant, can directly and indirectly affect the mitochondria . The biological pathways that involve the mitochondria such as: neurotransmitter release,  energy homeostasis and oxidative stress — are regulated by exogenous (external) and endogenous (internal) cannabinoids.

And a recent study conducted by Andras Biokei-Gorzo at the Institute of Molecular Psychiatry at the University of Bonn in Germany is suggesting that cannabis (or the activation of the brain’s cannabinoid system) triggers the release of antioxidants, which act as a cleansing mechanism. This process is known to remove damaged cells and improve the efficiency of mitochondria.  The study was published in Philosophical Transactions Of The Royal Society, B. (2) To read the entire study click here.

This is great news… These discoveries shed new insight on how natural cannabinoids hold the capacity to literally kill the brain inflammation responsible for causing cognitive decline, neural failure, and brain degeneration.

By supplying these receptor sites with cannabinoids, patients may be able to overcome brain conditions like Alzheimer’s disease, Parkinson’s disease, Huntington’s disease, and more, not to mention premature brain aging. The human brain contains an extensive network of special receptor sites that modulate nervous system function only when activated by the appropriate cannabinoid compounds, which are found in the cannabis plant.(3)

Good day, I am so thankful for natural remedy's products,

Good day, I am so thankful for natural remedy's products, I don't know where to start. Here it goes.

My Mom , age 70, has been using the cbd oil for her skin cancer. She has been fighting the cancer for over 2 years without any positive traditional medicine results. She found visible relief after 4 days of using the cbd. Slowly the cancer is shrinkingThank you, she will continue this and add the consentrate next. She has used the tea for anxiety and sleeps well, happier and way healthier. Thank you

The consentrate is what works so well for me. My career had me exposed to industrial chemicals. I have tumors that erupt and are slow healing. If they even heal up at all That is before I have been using the consentrate. 3 days and the sore spots drys up and healing. So happy. Thank you

The cbd oil has helped my old girl, Sable, my amazing 13 yr old Aussie Shepard. She has developed hard tumours over her body. Under arms,stomach, neck... Awful. Her range of movement has been restricted. March 2017, my daughter suggested to try cbd oil, I am so happy to say that she has no more tumors and runs like a puppy. Her appetite has increased and puts on weight. She grunts when she needs her natural remedy pet oil.

I can't say this enough. The products avaliable through natural remedy are life changing. Quality is second to none. 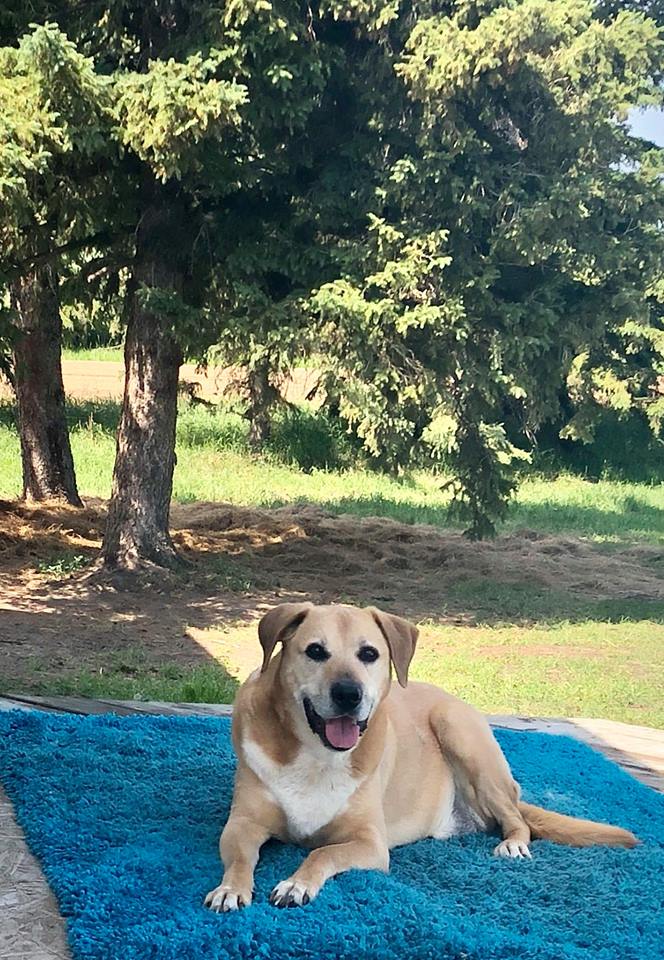 Today was an exceptionally busy day for me and my

Today was an exceptionally busy day for me and my dog Oscar. We finally sat down for dinner about an hour ago and he suddenly started having a seizure. I had forgotten to give his morning CannaPal dose for the first time ever. I immediately put some in his mouth and rubbed it into his gums best I could, and within 15 seconds or less, he stopped seizing.
This is just MORE incredible proof how well this medicine works. He had only missed ONE dose, AND while having a seizure, simply rubbing it in his mouth DURING, it completely stopped within seconds. I’m still amazed daily by this miracle. (Thank You, TNR)

I want to thank you guys for your prompt and

I want to thank you guys for your prompt and patient responses to my many inquiries, especially when I could have found many of my answers from your site.
I am 65 years old and presently dealing with leg and joint pain, and of course, one of the consequences of this, is big time sleep disruption. I was taking a CBD-only tincture from another company and decided to try your product specifically because of the cascade effect as mentioned in your product write-up.
To date my experience has been pretty good. I usually take a little less than 1/2 ml 3 times per day and this will keep most of the leg and joint pain away.
There is one thing that really surprised me though. Although there is only a small percentage of THC in the product, I find that if I take a 1/2 ml dose, about 2 - 2 1/2 hrs later I will experience a mild high. That sort of took me off-guard when it happened first. Anything below that amount I will not notice. So, if I don't want that feeling during the day I will take a little less than half a dropper. I don't mind taking that amount during the night before bed as it helps me sleep much better.
It is my hope, that as I continue to take the product on a regular basis, the benefits will continue to accumulate in my body. All the best to you guys and to the many folks looking to find relief from your products.

I have been shocked by some of the spontaneous and unexpected healing I have experienced...
S.P.    September 20, 2017

I have found your Thc cannaoil to be the best


...more
I have been shocked by some of the spontaneous and unexpected healing I have experienced...
S.P.    September 20, 2017

I have found your Thc cannaoil to be the best I have tried yet. I was surprised after reading the label on the syringes, that the oil is a sativa indica blend. I actually noticed the difference immediately as I suppose most other Phoenix Tears oil is predominantly indica.
I have been shocked by some of the spontaneous and unexpected healing I have experienced after having started taking various offerings of "tears" oil in June, including the disappearance of an unsightly bone spur, managing hip and migraine pain, improving asthma and halting PTSD symptoms. Kind if freaking me out, to be honest!!
I seem to have a VERY high tolerance, and rather than knocking me out as the oil does to many, I remain mentally very clear, but pain free. The high potency 75% is what I need and could easily manage 1/2 g or more per day. I am also a cervical cancer survivor, clear from 1997 and would like to keep it that way!
My friend Melanie studied Sanskrit, and she says there is reference to an ancient "gift from the Gods " that cures all, called Soma, which she believes is weed.

Your cannaoil is exceptonal and I look forward to my next order. I am considering your bulk offer if my finances permit in the near future.

I am thoroughly impressed with the quality of the product

I am thoroughly impressed with the quality of the product and the service that I have received from The Natural Remedy. I will continue to deal with you regularly.

Thank you again TNR….I received my order today, a day

Thank you again TNR….I received my order today, a day earlier than expected. The Canna Oil plus 75 THC is yet another great quality product that I've received from you. I also ordered the lip balm which is absolutely great!! I seem to have trouble finding a product that actually works for my dry lips without making them worst, but this product does!!

As always, I'm very happy with the consistent quality of your products, your service, and your reliable and quick delivery!!

Also thankyou for the nice little tea samples that are a wonderful surprise in my deliveries!!

I have been using canna oil for the last 3

I have been using canna oil for the last 3 weeks. I am now taking half a dropper in the morning and again in the evening. I am sleeping so much better and definetly less muscle pain. I also had breast cancer 2 years ago and hope the canna oil helps to keep it from coming back.

I am waiting for an MRI so I can find

I am waiting for an MRI so I can find out if I need knee replacement but now that I have discovered the 65% oil that my sister recommended I can function much better without pain. I just dip the end of a toothpick in the syringe and I am pain free for hours and sleep so much better. It amazes me how such a little bit it takes and one syringe lasts a long time! This 65% CBD Oil is the best!

I love the cannaoil that I ordered from you guys.

I love the cannaoil that I ordered from you guys. It helps with ny sleep and anxiety. I will definetly be buying more.

"I've tried a few different CBD pilled products in the

"I've tried a few different CBD pilled products in the past months to help with general anxiety and with sleeping issues. They had been fairly successful, however I had to time them right as some would take near an hour to kick in before clearing my head. I was looking for more of something I could not just take at a planned time but more flexible and when needed. The CBD Canna Oil was perfect in that regard. Able to give quick and great results while also allowing you to choose how much you would like to take was perfect for different situations on different days. Highly recommend giving it a try."