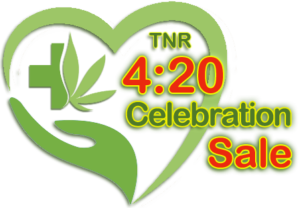 After suffering from severe headaches due to a tumor for

After suffering from severe headaches due to a tumor for several months, the CBD Canna-Oil has relieved most of the pain and has allowed for a return to normal functioning. Very grateful for this product.

My boyfriend uses the CannaPal CBD oil for both his

My boyfriend uses the CannaPal CBD oil for both his special puppers. In the year he’s been doing it I’ve seen a complete 180 with their health! The little guy who has pituitary dwarfism & multiple health issues including seizures has stopped losing so much fur, his itching has lessened, he used to obsessively suck on his foot & he no longer does that, his seizures are so few & far between & he’s taking 1/4 of the meds he was before! The older German Shepard with hip issues he’s been able to cut his very expensive medicine in half & he runs around like a pup again! Both dogs haven’t stopped taking their heavy meds but the dosage has been cut back so that saves money & we see better results than with the drugs alone. We did a lot of online research & talking to vets & holistic doctors before we started. This CannaPal one we use has 14mgCBD per 1ml but we just give them drops not a whole 1ml and experimented with dosage. Started in addition to then cut the medicine back & observed. Would definitely recommend!

“I took CBD Canna Oil for stomach problems and noticed

“I took CBD Canna Oil for stomach problems and noticed in 3 days that I had a positive shift in my sleep pattern,increase in my energy and it improved my stomach problems. I love it!!!”

I have experienced anxiety pretty much my entire life. I

I have experienced anxiety pretty much my entire life. I have used multiple prescription medications to try and correct this. I have been using CBD oil for approximately 3 weeks now and the difference is incredible. I have noticed a significant improvement in my anxiety and no longer spend majority of my day worrying about everything. The oil has helped to calm my mind so I can focus on what is important. I also have mild rheumatoid arthritis and the oil has also helped to calm my daily aches and pains from that disease. I will continue to use this product and I am ecstatic to finally live a worry and pain free life.

The Natural Remedy has been awesome to deal with. Fast

The Natural Remedy has been awesome to deal with. Fast shipping and always delivery quality products. Would highly recommend them to everyone! I have seen great results from using their products over the last few months.

First order I got gorilla glue #4, a little on

First order I got gorilla glue #4, a little on the dry side even after a good week in with boveda. That said amazing smoke and buzz though. Also got some primero hash and Red Lebanese that I like to blend with the gg#4, very nice quality hashes, had high expectations and they’ve been surpassed... nicely impressed :))

I have been using the CBD Canna for oil approximately

I have been using the CBD Canna for oil approximately 3 weeks now. I suffer with arthritis & have a struggle with falling asleep & staying asleep. I started to notice changes in my sleep within a few days of taking the oil. I am definitely sleeping much better & fall asleep much faster also.
My hip & back pain has decreased, to the point that now I am able to hike inclines again. So my quality of life has most definitely improved since I have started this remedy.

after a short time I noticed significant pain and inflammation

I’ve noticed improvements with my sleep with the THC tincture

no products ever gave me the same results as those found on The Natural Remedy
A.C.    October 11, 2020

I tried some THC and some CBD products in the

I tried some THC and some CBD products in the past to help me with my back pains, but no products ever gave me the same results as those found on The Natural Remedy website, the CBD products are excellent! I use it twice a day and it's really a life changer for me! THC products are also top-notch, there's variety and quality for a good price! I couldn't recommend them more! The Natural Remedy is incredible!