WELCOME to our NEW and IMPROVED website. Please use/bookmark our new URL: https://thenaturalremedy.store 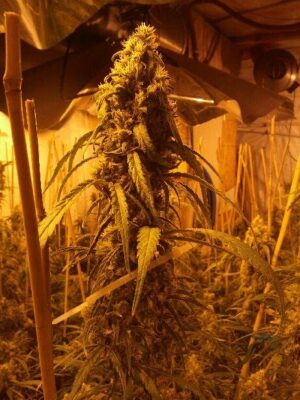 I have Rheumatoid Arthritis and sometimes it is so bad

I have Rheumatoid Arthritis and sometimes it is so bad my hands lock up and look like lobster claws, Other times it is my legs that are affected. I have been using the Canna Plus 65 for the last 3 weeks and I have noticed that my symptoms are not as severe as they used to be and the flareups don’t last as long as they used to. Canna 65 has definitely improved my quality of life and I highly recommend this product.

Cannapal has worked amazingly for my bulldogs arthritis. I highly

Cannapal has worked amazingly for my bulldogs arthritis. I highly recommend this product. Within one week he went from a sore stiff back end to his old self. I’ve also noticed improvements in his separation anxiety and overall health. Great product, customer service and fast reliable shipping. You won’t be disappointed. Thanks for this amazing product!

I was very surprised at the quality of the product.

I was very surprised at the quality of the product. The nugs are beautiful and I was not disappointed

I have been taking this oil for approximately 3 weeks

I have been taking this oil for approximately 3 weeks now and have noticed the following changes.
1) I sleep like a stone! Better than I have in years.
2) My arthritic pain and bursitis isn't as bad as it was and I'm no longer taking medication to manage the pain.
3) Overall, I'm calmer and less anxious which is wonderful.
I recommended this product to my 80 year old father and now he's trying it too.
I plan to stay on CBD Canna Oil for sure!

his product definitely help with stress and muscle relieve, along

his product definitely help with stress and muscle relieve, along with that it made my 14 years old dog able to run and use the stairs again, Thanks Natural Remedy!!!

My boyfriend uses the CannaPal CBD oil for both his

My boyfriend uses the CannaPal CBD oil for both his special puppers. In the year he’s been doing it I’ve seen a complete 180 with their health! The little guy who has pituitary dwarfism & multiple health issues including seizures has stopped losing so much fur, his itching has lessened, he used to obsessively suck on his foot & he no longer does that, his seizures are so few & far between & he’s taking 1/4 of the meds he was before! The older German Shepard with hip issues he’s been able to cut his very expensive medicine in half & he runs around like a pup again! Both dogs haven’t stopped taking their heavy meds but the dosage has been cut back so that saves money & we see better results than with the drugs alone. We did a lot of online research & talking to vets & holistic doctors before we started. This CannaPal one we use has 14mgCBD per 1ml but we just give them drops not a whole 1ml and experimented with dosage. Started in addition to then cut the medicine back & observed. Would definitely recommend!

I have recently purchased products from the Natural Remedy and

I have recently purchased products from the Natural Remedy and found the product to have really helped me with a sleep problem.The information I received and the quick response time after placing my order was very good.

I recently purchased your CBD Canna oil and I am already noticing a difference!
Tanya    May 29, 2018

I recently purchased your CBD oil and I am already

...more
I recently purchased your CBD Canna oil and I am already noticing a difference!
Tanya    May 29, 2018

I recently purchased your CBD oil and I am already noticing a difference!
I have had relentless back pain for months now, some days to the point where I could barley put on my shoes. Now I such a short period of time I no longer have any back pain and my sleep is even better. The only change I made was adding CBD into my day.
Amazing!

The Moroccan and Lebanese hash products provided a very relaxing

The Moroccan and Lebanese hash products provided a very relaxing feeling to the body !

I would like to say that this oil has really

I would like to say that this oil has really made a difference. I had 3 ankle injections and they would never last more than 3 weeks. On the third injection I started taking the oil and was waiting for pain and it was little to next to none. I recently had a full ankle fusion and instead of taking narcotics I decided 2 tylonal and a dropper of oil. I cannot believe after 3 days of surgery I have no swelling or pain.